Fujairah-Abu Dhabi Pipeline to be Flowing by 2009 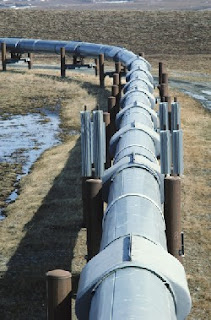 RigZone.Com reported that contracts have been finalized for supplies of pipes for the trans-UAE pipeline:

First delivery of the pipe, which will have a 48-inch diameter, is expected in July 2008, IPIC said.

Abu Dhabi, the largest U.A.E. sheikdom, plans to build the 360-kilometer oil export pipeline to transport up to 1.5 million barrels a day of crude to Fujairah to bypass the Strait of Hormuz, the narrow waterway through which Persian Gulf oil producers ship their crude exports.

About 17 million barrels of crude oil, or 20% of global consumption, are being shipped through the tanker route every day.

Oil prices have risen over the past two years partly on fears Iran could block exports from the region through Hormuz if tensions with the U.S. over the Islamic republic's nuclear program escalate.

The Adcop project, being fast-tracked for completion in 2009, will involve building storage and terminal facilities for the crude export from Fujairah.

The crude oil will be sourced from the onshore Habshan field in Abu Dhabi. The emirate pumps 95% of the crude in the U.A.E., which is the third-largest oil producer in the Persian Gulf after Saudi Arabia and Iran.

IPIC is also studying the option to build an export refinery in Fujairah despite ConocoPhillips (COP) dropping out of the project earlier this year. 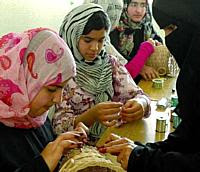 A report at Arabian Business.Com outlines the purpose of the Watani [Arabic for ‘My Homeland’] social development program:

“As part of its ongoing initiatives aimed at helping the young ones understand their rich history and heritage and discover their country's renowned sights, Watani, the social development program launched a new series of children camps that kicked of during the school holidays. Watani Spring Camps dedicated to the children aged 8 to 14 years old consist of a variety of educational workshops and entertaining activities as well as informative trips to heritage areas to relive the different aspects of the UAE traditional life.”

“The first of this series of camps was organized recently on 23 until 27 December 2007 at Mushref park-Dubai. Children enjoyed the various activities focusing on traditional arts and crafts such as drawing with charcoal, Arabic calligraphy and ceramic craft. They also enjoyed a series of entertainment activities, competitions, the water games and cruises where they discovered the different types of ships, species of fish and the traditional tools of fishing. They learned the basics of the First Aid.”

To read more of Watani’s work, the camp coming up in Fujairah and to get an application form see this article:

Another article is posted on UAE Interact. 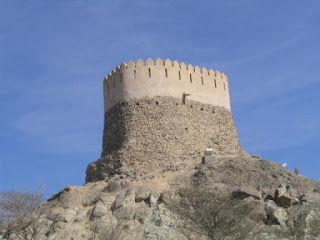 Check out the official News and Information provided by UAE Interact on Fujairah.

This is a site with lots of information and facts on the UAE under the categories of government, travel, business, culture, education, recreation, events, shopping, books, videos and yearbooks. News updated daily. 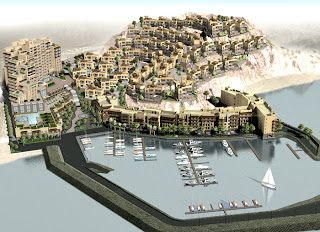 The Mina Al Fayer web site sets out its new project in the emirate of Fujairah.

This emerging resort is nestled within its natural surrounds—the Hajar Mountains forming the backdrop and the Indian Ocean at its feet.

“The vision of Mina Al Fayer,” the marketing script says, “literally flows out of Fujairah’s landscape and is reminiscent of its forms of nature.”

The major parts of the grand plan comprise a marina, marina apartments, mountain villas, solarium villas and the Fairmont Hotel.

Take a look at the commentary and the pictures on the Mina Al Fayer web site.

Take time to see the interesting PowerPoint slides which illustrate the project’s progress.

Image: An artistic impression of the Mina Al Fayer development.