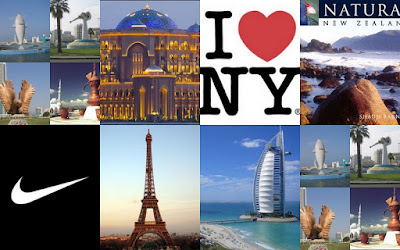 Highlighting the Richness
An article this week in The National, discussing the challenge of branding Ras Al Khaimah and the America’s World Cup in February 2010, got me thinking about branding the emirate of Fujairah.

This is not idle thinking, it is a major task for the governments and tourism agencies of Fujairah and Sharjah as they contemplate combining their efforts to showcase the richness offered on the UAE’s east coast.

Distinctive Marks of Fujairah
People around the world are familiar with the Nike swoosh and the byline ‘Just Do It! At this stage, Fujairah has no distinctive feature for which it is well known. It does not have a nickname like ‘The Big Apple’, it does not have an iconic feature like Dubai’s Burj al Arab, nor at this stage is it known by a slogan like Al Ain—‘The Garden City’.

Need to Be Intentional
According to Julia Winfield-Pfefferkorn in The Branding of Cities, a common feature of cities that have strong and attractive brands is that they have been intentional over time about projecting their brand. If this is not high on Fujairah’s agenda it will continue to be known as ‘Hicksville’, ‘the Back of Beyond’ or people will recall the sarcastic line about rural obscurity—“Can anything good come out of Nazareth?”

One of the most recent backhanders made about the UAE’s eastern city was illustrating the big America’s Cup prize handed to insignificant Ras al Khaimah. Craig Barnett wrote in his article, “In sporting terms this is the equivalent of the FIFA World Cup being played out in Fujairah.”

Beaches, Mountains, Blobbing Out
Several years ago Fujairah Tourism set goals to project to UAE and the world its mountain scenery, relaxing beaches and resorts where tired people might go to retreat or ‘blob out’.

More recently the Ruler of Fujairah has restated his goals, coupling these scenic delights with the emirate’s heritage treasures.

The natural beauty and mountain wonderland are key features to showcase although frequent oil spills in Fujairah waters and quarry scars have tarnished this attractive image.

As I have thought of Fujairah and its natural beauty, bush, mountain, sea and rich history I have been reminded of New Zealand and the way it has effectively branded itself as ‘100% Natural’.

The Fujairah Brand
What do you think are the distinctive marks of Fujairah and the things it can or might offer to tourists?

How can the Fujairah brand be identified and clarified to set it apart in a tantalizing fashion?

And, realizing that a brand must be realistic rather than husk, what does Fujairah have to do to provide amenities and package its offerings in an attractive manner?

Write to him about advertizing details and getting links for this and his other sites.

Images: “How can the Fujairah brand be identified and clarified to set it apart in a tantalizing fashion?”