Ships to Fujairah UAE Sometimes Have to Dodge Pirates 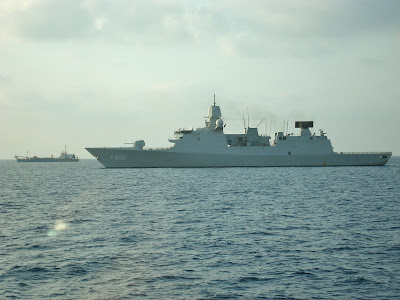 Popular Port
Fujairah is gathering popularity as a stopping point for cruise ships and the eastern emirate was recently made famous as the escape point for a French spy, dressed in a burqa heading for the United States via India!

With Fujairah being a significant trade port and the second biggest oil bunkering port in the world, some ships are encountering pirates on the way to Fujairah.

Incidentally, it is the other side of the UAE, on the Persian Gulf, that is known as the ‘Pirate’s Coast’ and this is the fitting venue of the next America’s Cup competition in February 2010.

Growing Pirate Threat
Maritime Journal reports this week:
“The piracy threat around the Gulf of Aden has been in the news for quite some time, and continues to make headlines with every next incident that occurs. There are many cases where ship owners and maritime service providers, or their officers and crew, do all they can to prevent hijackings.”

Going the Second Mile
“Preventive measures include alternative routes thousands of miles longer, just to stay clear of pirate activity, or careful planning and consultation to ensure escorts and other safety precautions. For ship delivery specialists Redwise of the Netherlands, staying safe has become a daily concern.”

Passage to the Emirates
“For the delivery of the split hopper dredger ‘Dravo Costa Blanca’ from Huelva in Spain to Fujairah in the UAE, Redwise chose a different option. The voyage was carefully planned and prepared to obtain an escort through the Gulf of Aden by Dutch navy frigate ‘HMS De Zeven Provinciën’, which was participating in the NATO operation Allied Protector. A dredger, being relatively slow and with a low freeboard, is extremely vulnerable to pirate attacks. Thanks to Redwise' preparations, this split hopper dredger was safely delivered to the Emirates.”

Read more on the creativity that is being employed by the shipping industry personnel at this link:

Related Sites
Ride an Abra when You’re in Dubai, Experiencing the Emirates, 27 August 2009.

Ask him for details about advertizing and links on his sites.

Image: The split hopper dredger ‘Dravo Costa Blanca’ is seen under naval escort as it sails from Spain to Fujairah. (Photo courtesy of the Maritime Journal at the above link).