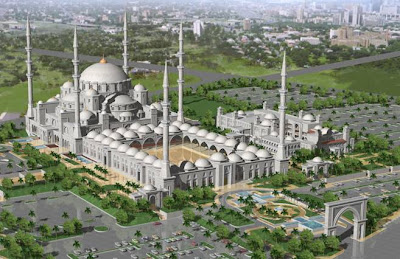 Second Largest
The foundations are being dug for what is reputed to become the second largest mosque in the United Arab Emirates.

When finished in the projected 800 days, the mosque won’t quite span the area of the Grand Mosque in Abu Dhabi, nor will it have the elaborate and expensive finish that adorns this largest mosque, located in the UAE’s capital.

Yet this new mosque will become a significant landmark in the city of Fujairah and will take on a cathedral status for the north-eastern emirate. Already Fujairah is known for having the oldest functioning mosque in the UAE, located at Al Bidya.

Name
The mosque will be called the ‘Sheikh Zayed Mosque’ of Fujairah to commemorate the life and legacy of the ‘father of the nation’. This building is receiving funds from the Zayed Bin Sultan Al Nahyan Charitable and Humanitarian Foundation.

Building Team
The new mosque is the project of the Fujairah Ministry of Public Works and is being constructed by the United Engineering Construction which is based in Dubai with offices in Abu Dhabi and Sharjah.

Since 1993 this company has acquired a vast and varied portfolio of large projects including residential towers, residential developments, educational and commercial buildings, hotels, hospitals and libraries.

Over these two decades the UEC has constructed more than six mosques, including the Grand Mosque in Sharjah.

The architects are a Malaysian firm, Arkitek ICB aided by Mabani Consultants.

Size
The Sheikh Zayed Mosque of Fujairah will have an approximate capacity for 28,000 worshippers and will consist of a main prayer hall and an external open courtyard for prayer.

Style
Judging by the architect’s impression (pictured) this new mosque will be distinguished by its large number of domes and in this regard it will be like the large mosque in Turkey.

Central Location
The mosque is being built on prime real estate behind the high rise buildings on the left of the main street as one approaches Fujairah from Dubai or Sharjah.

The land is bordered by Moh’d Bin Matar, Al Ittihad and Al Salam roads and is opposite the Al Bustan Function Hall.


View Sheikh Zayed Mosque of Fujairah in a larger map

Check out the Progress at the Twenty Day Mark 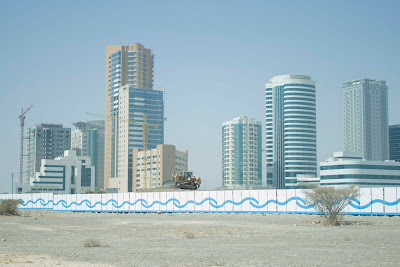 Image: An artistic impression of the Sheikh Zayed Mosque of Fujairah (image thanks to United Engineering Construction).

I don't know if this is smart, being build behind all the big hotels in Fujairah. All of us though there will be one big Mall over there because Fujairah hasn't got any Mall and we need one for shopping and to spend this summer humid days somewhere inside.