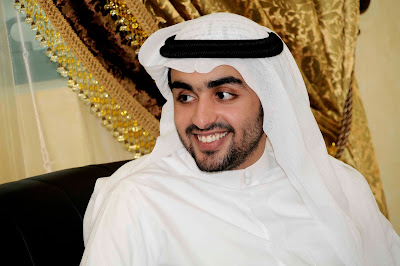 Sheikh Rashid Al Sharqi stated that the development and prosperity the country has seen through its years of Union is a direct result of the great and continuous support of its wise leadership to science, education, culture and arts. His Highness said that these fields are pillars for growth, development and prosperity in the present time, and the basis for formulating the future and maintaining civilization for the coming generations.

These words of praise came in the welcoming statement issued on behalf of His Highness for the commencement of the Fifth Fujairah International Monodrama Festival (FIMF) that starts its activities tonight, Friday 20 January 2012 with the opening ceremony being held at the front area of Fujairah Fort.

The ceremony is under the patronage of His Highness, the Ruler of Fujairah and it is being conducted in the presence of a large number of intellectuals and art and media personalities from the UAE, the Arab World and other countries.

Al Sharqi, as Chairman of the Higher Committee of the Festival, welcomed the festival's guests of honor who include artists, writers, directors, and theatre groups that are participating in the fifth edition of the festival. His Highness spoke of the importance of the FIMF:

“It is a civilized demonstration of the refined human thought which believes in the message of art about the necessity of achieving closeness between nations, communication between cultures and joint understanding of human issues. Art can achieve all that through the messages of openness and free thinking which people belonging to different sectors of arts are carrying. At the top of them is theatre. Theatre is the master of all the arts.”

His Highness also paid tribute to renowned British theatre director Peter Brook and congratulated him for being the first winner of the Fujairah Award for Excellence in Theatre:

"It's a great pleasure that the first winner of this award which carries the name of our beloved Emirate is a legendary personality in the theatre world. Brook has made great contributions to the art world throughout his career. Through his performance and experimental theatre, he developed the concepts of the progressive art and held the torches of development for more than six decades. His art involves all civilizations, cultures, races and ethnicities to create an epic that is based on creativity and aims at the refinement of thought and conscience."

Fujairah and the Arts

"Fujairah is always looking forward to this gathering and celebration of the arts that is held on its lands once every two years. Although it's not an annual event, it grows and continues between Fujairah and the artists of the world in an honest attempt to bring the world closer and strengthen the love and ties that connect us to other nations. We appreciate and value these ties as we are united with the entire world under the most supreme title: humanity. In this time of worldwide struggle with its sweeping currents, we need a touch of purity and tolerance and no other art can express that better than theatre."

Get Close to the Reality of Our Lives

“We wish you a pleasant stay in Fujairah and we invite you to get closer to the reality of our lives, to take a look at the achievements of our country in order to convey to your people a true vision of our customs, traditions, and heritage. It is our desire and ambition that the development, prosperity, peace, and security that we are blessed to have in our country, as a result of the sincere efforts of our leadership, reaches the whole world to create a better tomorrow and a brighter future.”

The opening ceremony will take place in a new, outdoor theatre under the shadow of the Fujairah Fort. It commences at 8pm. The seating capacity is approximately 800. There are no tickets. Admission is free. First come, first seated unless you have been given an invitation to sit in the VIP section of the theatre.

The opening ceremony will include a theatrical dance show entitled, ‘Fujairah…The World Passes Through Here’, written by playwright and poet Mohammad Saeed Al Dhanhani, Festival Chairman, and directed by Eyad Al Khzouz. The show’s music is composed by Walid Al Hashim and the performance by the Ornina Theatrical Dance Group.

Downloadable links of the Festival Program with a synopsis of each dramatic presentation is available from this article: The World Passes Through Here, FIF, January 2012.