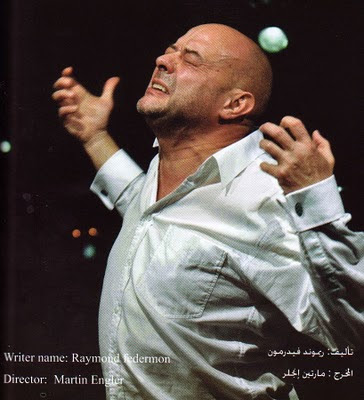 Under the patronage of His Highness Sheikh Hamad bin Mohammad Al Sharqi, Supreme Council Member and Ruler of Fujairah, the Fifth Fujairah International Monodrama Festival (FIMF) starts on the 20th of January 2012.

The festival celebrates its tenth year by announcing the launch of a new award: the "Fujairah Award for Theatre Creativity". The award and the name of its first winner will both be announced during the opening ceremony.

This year's festival, which is organized by the Fujairah Culture and Media Authority and continues until the 28th of January, 2012, will host one actor theatre shows from 12 Arab and international countries, with a guest list of more than 200 celebrities from all over the world.

This was stated by Mohammad Saeed Al Dhanhani, Vice Chairman of the Fujairah Culture and Media Authority and the Festival's Chairman, during the press conference that was held at Le Meridien Al Aqah Hotel in the presence of the Festival's Director, Mohammad Saif Al Afkham. The program and associated activities of the 5th FIMF were also announced.

The press conference was attended by the festival's sponsors:

At the beginning of the press conference and on behalf of the Higher Organizing Committee and subsidiary committees of the 5th FIMF, Al Dhanhani expressed his sincerest thanks and appreciation to His Highness Sheikh Hamad bin Mohammad Al Sharqi, Supreme Council Member and Ruler of Fujairah, for his patronage and support of the festival since its first year. He stated that the support of His Highness is the reason behind the success achieved by the festival year after year.

Fujairah on the Cultural Map

Al Dhanhani also extended his thanks to His Highness Sheikh Mohammad bin Hamad bin Mohammad Al Sharqi, Crown Prince of Fujairah, for his great support of the festival's management and His Highness Sheikh Rashid bin Hamad Al Sharqi, Chairman of the Fujairah Culture and Media Authority and Chairman of the higher organizing committee of the festival for his continuous efforts and his commitment to achieve more success with the festival. Al Dhanhani pointed out that FIMF contributed in placing Fujairah on the international cultural and artistic map in the record time of less than a decade.

"The launch of the Fujairah Award for Theatre Creativity is an important event for the arts world as it honors the artist, theatre, and creativity." said Al Dhanhani, “We made the award international to include the masters of contemporary theatre from all over the world. The award is a recognition of their lifelong devotion to theatre and the mark they left on the stage whether by acting, writing, or directing.”

The name of the award's first winner will be announced during the opening ceremony which will be held this time at the Fujairah Fort. The ceremony will include a theatrical dance show titled "Fujairah…The World Passes Through Here". The show has been written by the playwright and poet, Mohammad Saeed Al Dhanhani, and will be performed by the Ornina Theatrical Dance Group. The music has been composed by renowned composer Waleed Al Hashim. The show is directed by Eyad Al Khuzouz and will be executed by a specialized international company based in the UK.

The festival's chairman reviewed the guest list that includes celebrities from the UAE, Arab and international countries. The guest list include:

And celebrities from the UAE:

About the large number of the guests of honor, Al Dhanhani said, “The number, for us, constitutes an important artistic, cultural and intellectual event. The diversity that this number represents is a diversity in the artists' personalities and their schools of thought and art. This enriches the festival through interviews, seminars, and exchange of experiences which leads to a continuous dialogue with the mixture of cultures and civilizations that the guests bring with them. This is an important element of innovation in any place and time.”

Engineer Mohammad Saif Al Afkham, the Festival's Director, the President of the International Monodrama Forum, and the Secretary General of ITI, stated at the press conference that all preparations for the 5th FIMF are complete. He pointed out that the shows to be presented at the festival are chosen by a specialized viewing committee which included in its membership: Hassan Rajab, Jamal Adam, Abdulla Rashid, Abdulla Masoud, Khalifa Al Takhloufa, and Faisal Jawad.

The shows are from 12 countries and they are:

- The Guaranteed Way to Get Rid of Spots/ Egypt.

Written and directed by Wu Hsing-kuo

- Something or Nothing / UK

Performed and directed by Guy Dartnell

Al Afkham also announced that the 5th FIMF will witness the award distribution ceremony of the Arabic version of the Fujairah International Playwriting Competition. The winners of the competition are:

With the presence of the competition's committee:

Two books containing the theatrical works of Mohammad Saeed Al Dhanhani will also be distributed during the festival.

Moreover, Al Afkham discussed the festival management's efforts in preparing the theatres that will host the festival's shows in Diba. He stated that the theatres were all provided with the best audio and video equipment.