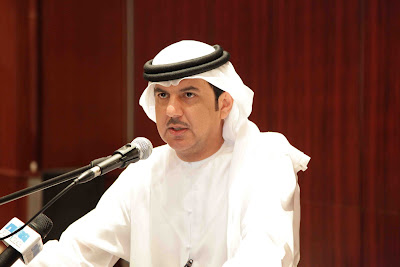 Fujairah has now become the first government in the region to have its whole territory integrated with 3D in a virtual simulator that gives high definition data based on the Geographic Information System (GIS).

Fujairah has been created as a digital city—the first planning project of its kind in the Middle East.

Any Internet user with Google Earth can surf across to Fujairah and see the emirate in 3D. Have a look for yourself.

The French urban software providers, Vectuel, created a virtual representation of what already exists then used information to build a model of the project. It incorporated many environmental aspects such as traffic, weather and such technology helps people to assess the overall impact of any anticipated development on its surroundings.

Vectuel provides an urban design virtual simulator in real time. The primary purpose is to give greater visual awareness to better understand the environment and the impact of a prospective development.

When project participants can see three-dimensional models in a photo-realistic way it is a useful aid, especially for architects and urban planners.

The technology has the facility to visualize an environment before and after different projects and in this way 3D has integrated a fourth dimension, that of time.

This allows planners to consider the evolution of an area, consider questions about its progress such as pondering what the place will look like in 5, 10 or 15 years.

Two years ago Mr. Mohammed Saif Al Afkham, Director of the Fujairah Municipality, enlisted Vectuel to create a digital representation of the emirate, which Mr. Afkham said, comes at a cost of about a million dirhams.

Vectuel Regional Branch Manager, Caroline Tasse (pictured) was commissioned to produce a survey of 50 landmarks in Fujairah, including the old Al Bidyah Mosque and the mosque under construction, the Sheikh Zayed Mosque, billed as the second largest mosque in the UAE. 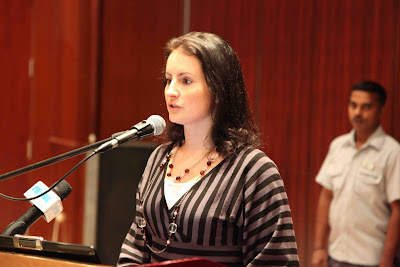 The Fujairah project, led by Nawal Al Hanaei (pictured), Director Projects at the Fujairah Municipality, incorporated a number of historic and cultural sites into the 3D Fujairah. 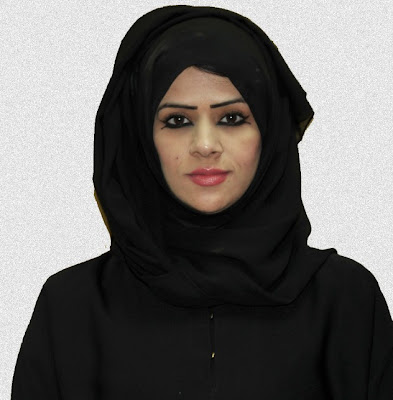 Following the initial survey and plotting of the significant landmarks the project was extended to incorporate the wider city of Fujairah on a scale that can encompass 10,000 buildings on which new developments could be visualized and assessed.

The technology will be useful for developing the infrastructure as the Fujairah population continues to grow by 10,000 people per year. In addition it will aid the development of the big projects upon which Fujairah has already embarked. These are:

The Developments at the Fujairah Port

The Fujairah Power and Desalination Plant.

The technology will help in the planning of the forthcoming industrial projects on the drawing board, including the following: An aluminum factory, waste management and sewerage plants, expansion of the strategic grain terminal, further oil storage facilities and new power stations.

In the way of transport developments, Fujairah will benefit from the GCC rail project undertaken in the UAE by Etihad Rail.

On the commercial and tourism fronts there will be the opening of several big shopping malls (Fujairah City Centre, Lulu Mall, the Century Mall and the Fujairah Mall and Commercial Complex) the establishment of the Al Hilal city and tourism resorts in Fujairah city and Dibba, including eco-tourism resorts.

With all the main heritage and cultural sites being tagged and loaded with information, tourists are going to benefit from Fujairah 3D on Google Earth.

Furthermore all tourism-related companies (hotels, restaurants etc.) will be given priority in terms of having basic information, contact details, photos and web links that can be viewed when users click on their site.

Nawal Al Hanaei, Director Projects at the Fujairah Municipality, said that a person fully dedicated to developing this project and making it of use to Fujairah departments and companies will be starting in January 2012.

The visual aspect of the technology is especially helpful for members of the public who are not experienced or as adept as architects, builders and planners in reading technical drawings.

The technology can also be used with prospective investors, developers and people who think they may be negatively impacted by a new development.

Mr. Afkham said that the three-dimensional Fujairah has not only assisted in the planning of projects but it has been useful in promoting the emirate to potential investors and developers.

More Fujairah news, reports, discussion and photos are posted on the Fujairah in Focus Facebook Page.