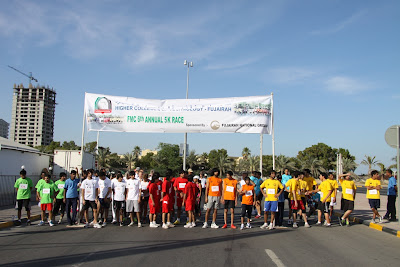 The 5-kilometer race took place at the Fujairah Corniche with participation from over 70 individuals from 6 HCT Colleges. The Men’s Colleges from HCT who participated in the race were from Fujairah, Dubai, Sharjah, Al Ain, Ras Al Khaimah, and Abu Dhabi.

Staff members at these colleges also participated in a staff category of the race. The participants were at their best exhibiting the spirit of competition and enthusiasm.

The race, which started at 3:00 p.m., was followed by the awards ceremony at the Hilton Fujairah.

At the awards ceremony, Dr. Dave Pelham, Director, HCT Fujairah congratulated the winners and expressed his gratitude to the Fujairah National Group for their generous sponsorship of the event as well as the Fujairah Traffic Department for their support and cooperation during the event. 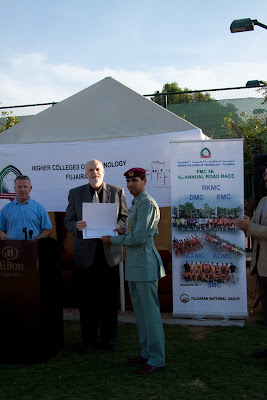 Mr. Mohamed Natafji, Managing Director of Fujairah National Group who was present at the ceremony, expressed his appreciation of the event and wished the participants greater success in the future. He encouraged the participants to put in their best not just in competitive sports but in every aspect of life. 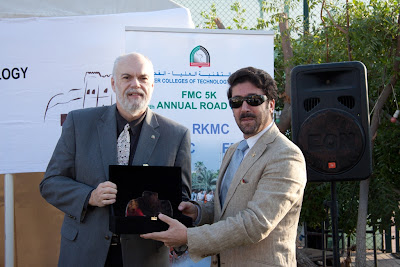 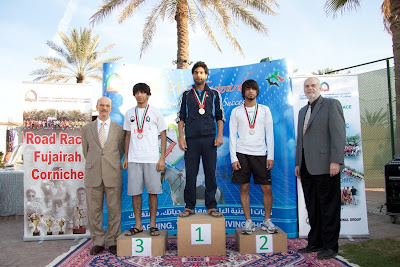 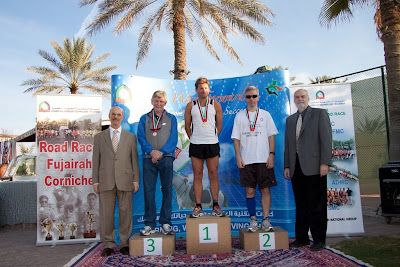