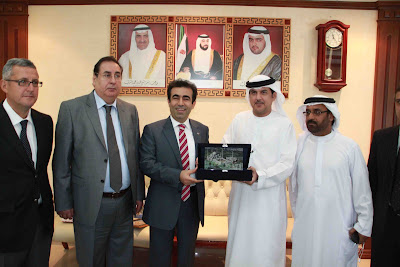 An official delegation recently visited (8 December 2011) the Fujairah Municipality from the city of Mersin, Turkey.

During the visit the talks focused on identifying potential areas for cooperation and an exchange of experiences on economic issues, tourism and infrastructure projects.

It was stated that it was important for the Turkish delegation to know and see the vital projects in the emirate of Fujairah and consider the most important means and the significant possibilities for attracting Turkish investment in Fujairah. 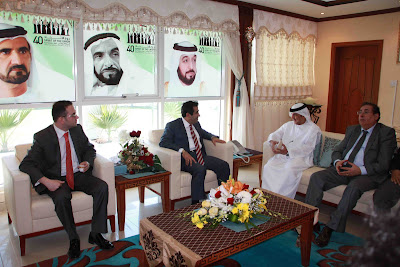 In this regard, Mr. Mohammed Saif Al Afkham (pictured below) mentioned the strategic location of Fujairah near the Persian Gulf and the Gulf of Oman and its role in the Arab economy. 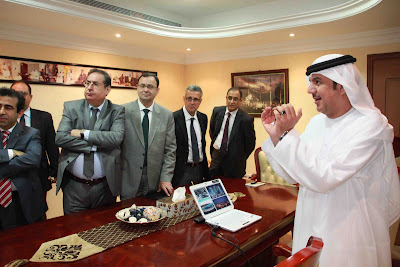 Afkam said in his speech to the delegation:

“The Fujairah Municipality has been able, thanks to careful planning and clear strategies, to move forward steadily towards achieving the visions of the wise leadership of the emirate of Fujairah.” 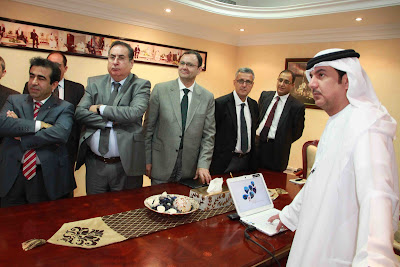 “We are delighted today to be hosting the delegation of the Turkish city of Mersin, which represents one of the world leaders in many areas. We are sure that our talks today and future relationships will help the sharing of experiences, the exchange of experiences and the possibility of investment opportunities in Fujairah.”

Mr. Mast Ozkan, the Mayor of Mersin, spoke on behalf of the visitors:

“We are pleased to thank the Fujairah Municipality for their interest expressed in our delegation. There is no doubt that the progress and achievements of the municipality are cause for admiration and appreciation. We are confident that these discussions will pave the way for the possibility of cooperation and investment in the exchange of experiences, leading to strong ties between Turkey and the United Arab Emirates.”

"Mersin is a large city and busy port on the Mediterranean coast of southern Turkey. The metropolitan area has a population of 982, 429 (2010) making it Turkey’s tenth most populous city.... Mersin is important for Turkey’s economy and Turkey’s biggest port is located there. (Wikipedia)

More Fujairah news, resources, information and photos are posted on the Fujairah in Focus Facebook Page. Click LIKE to stay in touch with news about Fujairah.

Images: Photos taken by the Fujairah Municipality of the Turkish visit.