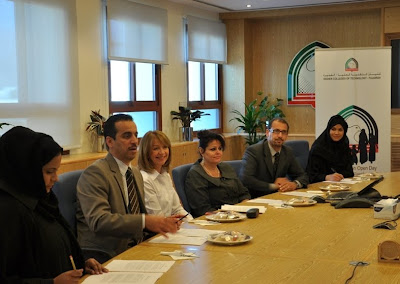 On Wednesday 29 February, HCT—Fujairah is hosting the ‘Olympics of the Mind’ for teams from several local high schools.

The students will engage in an Engineering Challenge and a General Knowledge Quiz before having a tour of the College and working on some team building exercises.

Over 80 students are expected to attend the ‘Olympics of the Mind’ at the following places and times:

All faculty, staff, students, family members, community board members, prospective students and their families are invited to attend and inspect their College.

The event has been so named to highlight and foster the growing partnership between the HCT—Fujairah Colleges and the community.

There will be displays, activities for children, HCT—Fujairah entertainment, tours, a light supper, Program Choice information and door prizes.

The annual HCT—Fujairah Program Choice Fair gives all Foundation students at both campuses the chance to peruse individual program booths, a variety of displays and some classrooms in order to understand the benefits of each program of study and the topics that they cover.

More News from HCT—Fujairah (which reflects the community spirit)