Fujairah Municipality Launches ‘Our Mountains, Our Beaches, Our Responsibility’ 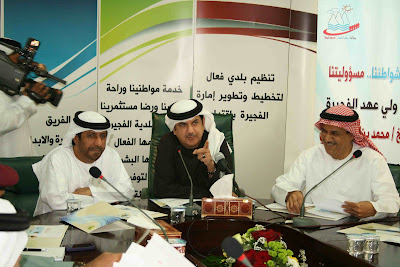 Under the patronage of the Crown Prince of Fujairah, His Highness, Sheikh Mohammed bin Hamad Al Sharqi, the Department of Public Services and Environment—Health Section of the Fujairah Municipality is organizing a campaign entitled, ‘Our Mountains, Our Beaches, Our Responsibility’.

The announcement was made at a press conference held 21 February 2012 at the Fujairah Municipality.

The campaign aims at cleaning the beaches of Fujairah and its suburbs of waste and environmental pollutants, instilling the value of cleanliness in society and encouraging the maintenance of a clean environment amidst the beaches and mountains of the emirate.

Mr. Afkham (pictured below) said at the media conference that the campaign is considered an opportunity to serve the local environment. Such a campaign can be an active contribution in creating a positive change to the marine and mountain environment in Fujairah and the UAE generally. He said that the focus was to remove pollutants and the waste that ruins the beauty of these areas and affects them negatively. The raising of public awareness is a crucial component of this campaign which will also aim to present practical solutions to overcome the dangers that threaten the safety of the local environment. 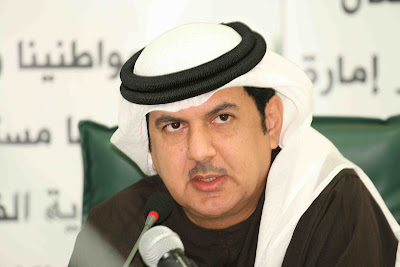 Salem Al Zahmi (pictured below), Director of the Crown Prince’s Office, said he was pleased to be representing the Crown Prince, His Highness, Sheikh Mohammed bin Hamad Al Sharqi, at the launch of this campaign. It is well-known that the Crown Prince takes an active leadership in clean up campaigns and has initiated many other programmes to educate people and encourage greater care of the environment. Those who gathered for the media conference were shown a brief visual presentation that illustrated the beauty of the mountain environment and the seascape of Fujairah as well as photos of the Crown Prince leading a group of divers (pictured below) to clean up the sea. 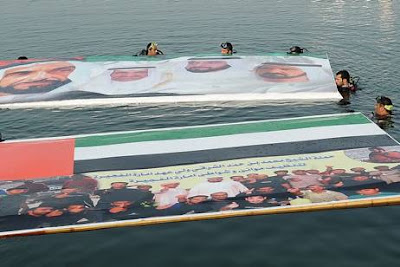 The campaign will be held every Thursday for three weeks, commencing today, 23 February 2012.

+ It will cover most of Fujairah’s areas:

It is expected that the number of participants will exceed 500 people from different government and private bodies.

Aseela Al Mualla (pictured below), Director of the Department of Public Services, Environment and Licensing at the Fujairah Municipality said that the Public Health Section is providing participants with all the necessary equipment to perform their cleaning tasks. 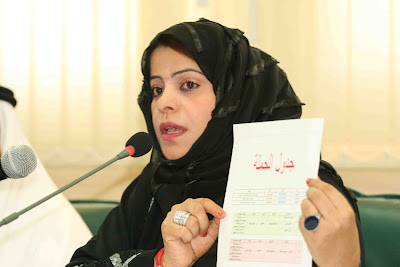 She added that they will also record the quantities of gathered waste and pollutants and will sort them according to their types to study the amount of pollutants that result from them. 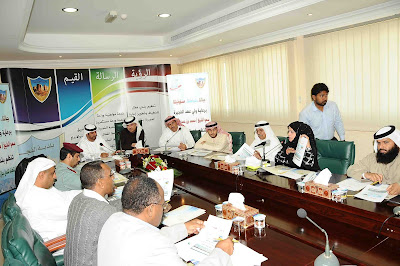 Recyclable waste will be sent to the specialized places where they can be processed and reused.

Clean Up and Pay Up?

The question was asked as to whether this new ‘Clean Up’ campaign would also incorporate the policy of deterrence—instituting fines for dropping rubbish which are enforced through the surveillance of popular picnic spots.

Both Mohamed Saif Al Afkham and Salem Al Zahmi said the present campaign focuses on cleaning up but they added that this is a first step which indicates that further steps may well follow.

Download your copy of the programme at this link.

‘Spirit of the Union’ Parade through the Streets of Fujairah, FIF, 17 November 2011.

More Fujairah news, resources, discussion and photos are posted on the Fujairah in Focus Facebook Page.