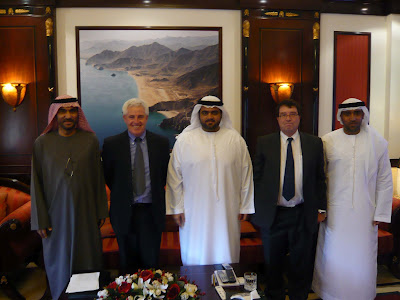 For two weeks a university research team from Melbourne’s RMIT University, undertook 3D laser scans of some of the important cultural, tourist and historic landmarks.

They met several times with the management of the Fujairah Tourism and Antiquities Authority (FTAA) to explore possibilities of an ongoing partnership between RMIT and the FTAA.

During their stay the team met His Highness, Sheikh Mohammed bin Hamad Al Sharqi, the Crown Prince of Fujairah, to introduce their research and to share some of the work they had undertaken at the Fujairah Fort, Al Bidya Mosque and the Bithna Fort.

His Highness welcomed the team, thanked the delegation and invited them to return to Fujairah to continue their important work.

More information has been posted on the RMIT website:

Keep in Touch With Fujairah