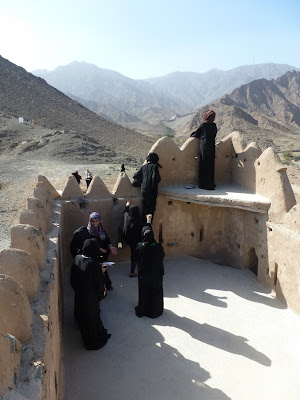 Recently the men and women of the Field Studies course at the Fujairah Men’s College spent a day discovering what life existed in the wadis of the UAE East Coast.

At first glance these dry valleys seem devoid of life but as you look closer you find a whole new world.

Wadis are caused by natural processes such as the movement of the surface of the earth and erosion by wind and water. They often follow watercourses and, as a result, are a source of sustainability for people living in rural areas and many species of plants and fauna can be found such as oleander.

A traditional use of the wadi is as a travelling route between towns and villages and as a result, important archaeological remains can be found. Wadi Hayl is a site of national importance for its petrolglyphs which are carvings or lines on a rock, possibly made by prehistoric people.

The impact of humans is also very evident with water being controlled by falaj or irrigation channels. It is to these wadis that our classroom laboratory has relocated for the next couple of weeks. 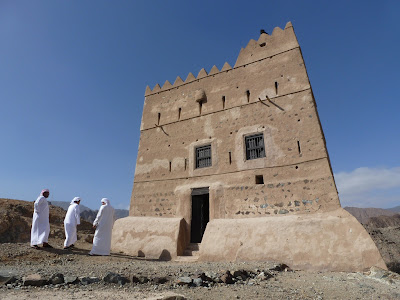 Over 40 students visited Hayl Fort and Al Bithnah farm to observe firsthand what their country is all about and some of its history. What they found both surprised and excited them.

The opportunity to learn and have fun outside of the classroom environment is new to many of the students but equipped with their FMC Ecology workbooks they unearthed many new skills that are clearly transferable to their engineering studies. 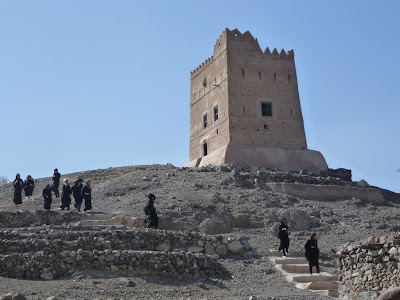 Introduced as a new key module this semester, Field Studies—Ecology of the UAE’s East Coast is proving very popular and successful at the Fujairah Men’s College. In addition to the increase in energy and motivation of students, links with other subjects such as English, Information Systems and Business make it a vital part of the integration process to produce well-rounded graduates from the HCT system. 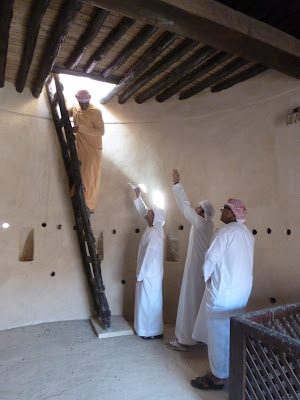